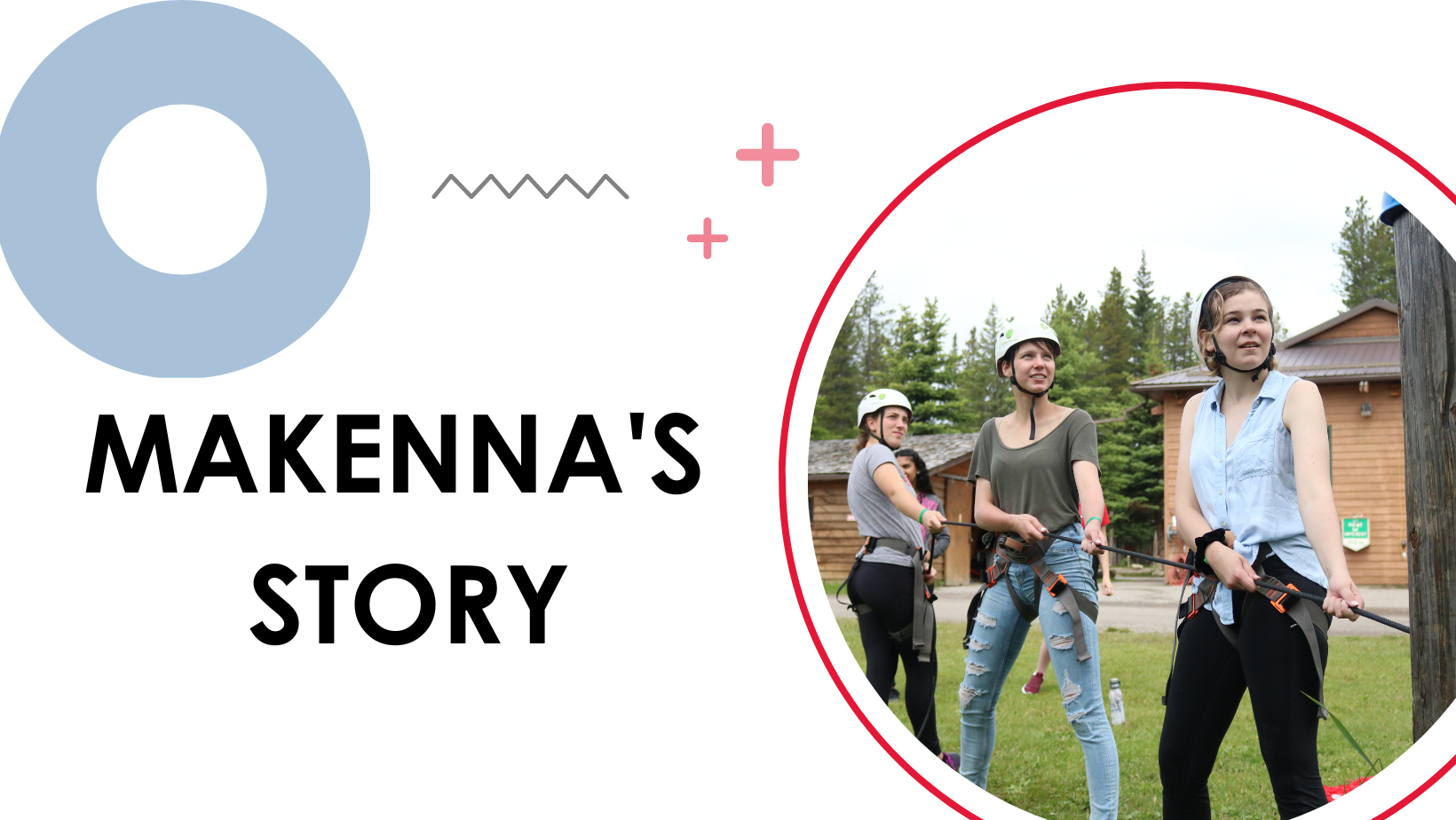 Life as a teenager can be a challenge at the best of times.

As an early teen, Makenna dealt with some health challenges – challenges she thought would be a one-time thing. So it came as a shock when the doctor diagnosed her with ulcerative colitis, a condition that would last throughout her lifetime.

“I remember feeling really alone. First of all, it’s middle school, so you already feel social pressure. Then, you are missing school for bloodwork, you can’t do things, or your teachers let you not have homework because they know you can’t do it.”

When Makenna was first diagnosed, she didn’t want anyone to bring it up and tried to ignore it completely. However, a few weeks later, she learned about Easter Seals Camp Horizon at a specialist’s office. It hadn’t occurred to her that other people her age could also be living with this condition.

That year, Makenna attended her first Easter Seals camp. She wanted to do EVERYTHING. Being the youngest girl in her cabin, Makenna looked up to the older campers and got to learn from them. She quickly realized that everyone in her cabin had similar experiences. Camp created what Makenna described as a baseline.

“We would always call it ‘the outside world,’ which is basically going back to school or being with your family – people that didn’t get it. My friends and family tried their best to understand, but it’s so much different when you don’t have to explain in [great] detail what is going on.”

One of the first conversations Makenna had with fellow campers was asking what medications they were on. She remembers comparing meds to learn more about the ‘next steps’ and how things would change as her condition grew. Before camp, taking medications was a lonely activity. But at camp, it became an exciting part of her day.

“First thing in the morning, I would wake up really excited and race to get a decent spot in the med lineup. The lineup would wrap around the building. It was so long! It was exciting because there were others there with you.”

She learned to embrace that her medications save her life – they don’t hinder it. It seems simple, but for her, it was challenging to come to terms with being different. However, camp allowed her to see many different perspectives on illness. Acceptance is something Makenna has wrestled with over the years. At one point, she didn’t think she was sick enough to be at camp. Then one of the older girls sat her down and said, “We’re all sick children. There is no winning or losing. We are ALL in this.”